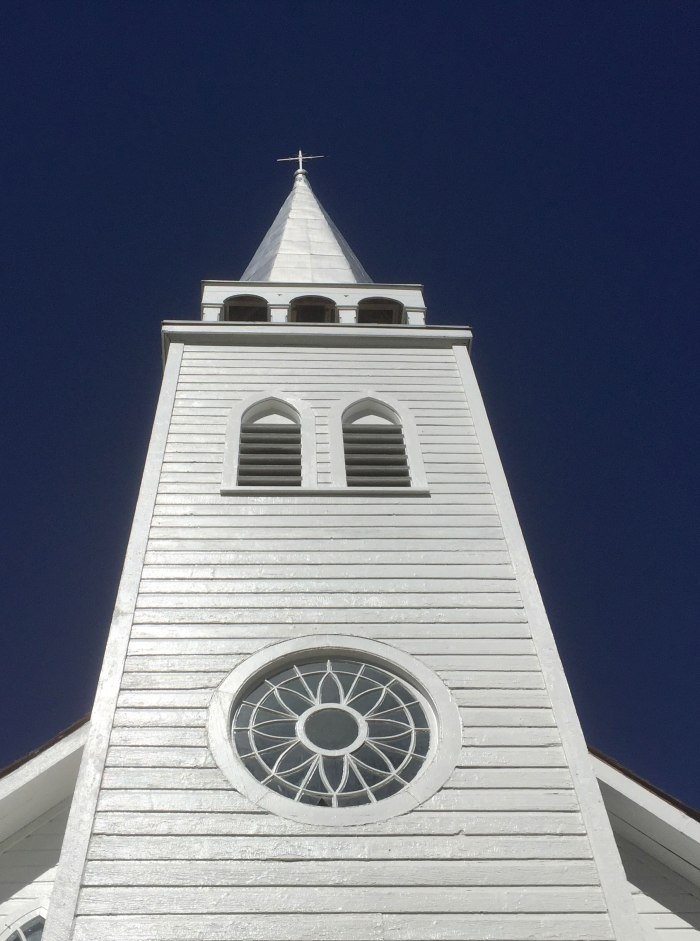 “The Saint Antoine de Padoue Church was the site of events during the Battle of Batoche. Consequently, it is a symbol of the cultural heritage of the Métis population, and represents two historical themes. First, it represents the early activities and influence of the Oblate order (the dominant Roman Catholic order in the Northwest). Second, it represents the clash of Métis and European settler cultures, which resulted in the North-West Rebellion of 1885. …” [http://www.historicplaces.ca/en/rep-reg/place-lieu.aspx?id=15526]

During the Battle of Batoche (May 9-12, 1885), a great deal of the fighting took place near the church. Although it received a few bullet holes, the church was unscathed by the battle. The church is located on the Batoche National Historical Site.